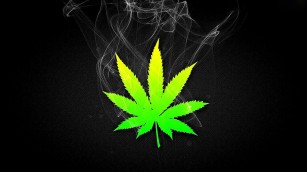 By Tom Beveridge.         Recently, I found that nothing raises the hackles of Pennsylvanians like the discussion about the legalization of marijuana in the Commonwealth – be it for personal use or medical purposes.  Over the past two years, legislators in both the House and Senate introduced bills in support of each of these options.   However, like the wheels of justice, new legislation grinds slowly through committees and hearings before finally reaching the House and Senate floors for a vote by our legislators.   Even then, passage of the legislation is not a guarantee that it will become law.   Our Governor must also sign off on the bills.

Without detailing the intricacies of each of the bills related in someway to this subject, I believe the following five pieces of legislation to be of interest in this area:

Senate Bill 528 – Proposed by Senator Daylin Leach (D – Delaware and Montgomery counties) on April 3, 2013, this Bill seeks to provide for the personal use of marijuana, lawful operations of marijuana related facilities, and other regulations on the drug.   Referred to the Committee on Law and Justice on the same date, the Bill is simply collecting dust with no action anticipated.

Senate Bill 770 – Also proposed by Senator Leach on April 3, 2013, this Senate Bill provides for medical use of marijuana and seeks to repeal certain provisions of law prohibiting and penalizing the use of marijuana.   Unfortunately, like most of this type of legislation, it stalled in the Public Health and Welfare Committee with no vote in sight.

House Bill 1181 – Introduced on April 15, 2013 by Representative Mark Cohen (D – Philadelphia), this House Bill was described at the Compassionate Use of Medical Marijuana and a precursor to Senate Bill 1182 described below.   Immediately referred to the Committee on Health, this Bill has rested quietly with no action in sight.

Senate Bill 1182 – Known as “The Compassionate Use of Medical Cannabis Act”, this Senate Bill was introduced on January 15, 2014 by Senator Mike Folmer (R – Dauphin, Lebanon and York counties) and immediately referred to the Committee on Law and Justice.    This is the Bill currently at the very forefront of debate in Pennsylvania.   While it remains in Committee at this point in time with no vote on the horizon, the Committee has held one public hearing in January and another is scheduled on June 10, 2014.   Since its introduction, Governor Corbett softened his stance against the drug by indicating that he would at least consider a program allowing the use of cannabis extract oil (cannabidiol) to treat children suffering from severe epilepsy.   Additionally, some Senators and Representatives are also reconsidering their positions on the legislation as more research comes to light regarding the beneficial effects of medicinal marijuana, as well as the opinions of the Commonwealth’s citizens who, apparently, overwhelmingly support medical marijuana (85% according to a poll conducted by Quinnipiac University on March 2, 2014) and are split regarding legalization of small amounts for personal use (48% for and 49% against according to the same poll).   Of all the legislation regarding marijuana use in Pennsylvania, this Bill seems to have the most momentum.  The link for the Bill can be found here:  http://www.legis.state.pa.us/cfdocs/billinfo/billinfo.cfm?sYear=2013&sInd=0&body=S&type=B&bn=1182.

House Bill 2137 – Introduced on March 31, 2014 by Representative Jake Wheatley (D – Allegheny County) and immediately referred to the Human Services Committee, this Bill would pose the referendum question to Pennsylvania voters in an upcoming election : Should the Pennsylvania General Assembly legalize marijuana?  Currently, this Bill sits quietly in Committee with no discussion or vote anticipated.

So where does this leave us?   Obviously, the issue of legalization – in whole or in part – should be determined by the majority vote of the citizens of Pennsylvania and not the personal opinions of those we elect to represent our interests.   If the overwhelming majority of Pennsylvanians support some form of legalization, then let’s do it!  Stop wasting time and money on debates over nonsense like “gateway drug” or “zombie kids”.   This author has seen the horrendous effects of prescription medication use and abuse which far outweigh the potential damage allegedly caused by marijuana use or even abuse.   Yet, marijuana has been proven to be a beneficial alternative to pain medication and treatment of a variety of other diseases and maladies.   Stop trying to distort the real medical research here and let our citizens medicate themselves at the very least.

As to actual legalization and business aspects of weed, well, I will save that for another article.

4 thoughts on “Pennsylvania’s Marijuana Legislation – How Many Bills Are Now Up in Smoke?”