The National Shooting Sports Foundation is reporting that on Monday, November 14, 2016, ATF announced that the new 4437 would be required on ALL firearms transactions beginning on January 16, 2017. As you may remember, I previously blogged about ATF soliciting comments on the proposed 4473 and then filed a Comment in Opposition to ATF’s Proposed Changes to the Form 4473. ATF responded to my comment in which it admitted to violating its own regulations but seemingly did not care.

It does seem that ATF took into consideration some of the comments FICG had filed in drafting the new form. One of the biggest problems I took issue with was the certification statement that the transferor (person transferring the firearm) had to sign.

Specifically, the individual signing the form is currently certifying that based upon

“…information in the current ATF Publication ‘State Laws and Published Ordinances’ – it is my belief that it is not unlawful for me to sell, deliver, transport, or otherwise disposes of the firearm(s) listed on this form to the person identified in Section A.”

The issue, as I previously blogged about, is that the ATF Publication “State Laws and Published Ordinances” has not been updated since January of 2011, in violation of ATF’s own regulations. See 27 CFR § 478.24.

“…State or local law applicable to the firearms business — it is my belief that it is not unlawful for me to sell, deliver, transport, or otherwise dispose of the rearm(s) listed on this form to the person identified in Section A.”

Essentially, ATF changed the language so that the individual signing the form would not be responsible for referring to the guide that ATF is required to publish by its own regulations but rather be responsible for knowing the applicable state and local laws on their own. 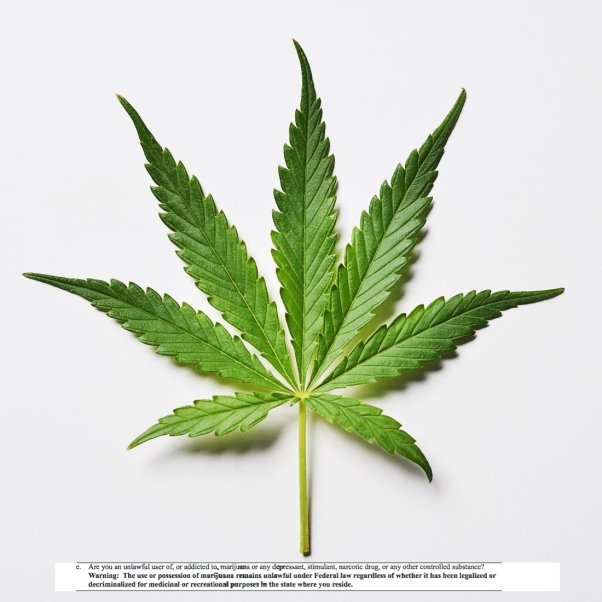 e. Are you an unlawful user of, or addicted to, marijuana or any depressant, stimulant, narcotic drug, or any other controlled substance?

Warning: The use or possession of marijuana remains unlawful under Federal law regardless of whether it has been legalized or decriminalized for medicinal or recreational purposes in the state where you reside.

ATF did fail to take into consideration an important suggestion that FICG had made. There is no box on the form to indicate the firearm is being transferred to a legal entity. Rather than having licensees use a form, which the licensee has to make on their own, ATF could have simply added a spot on the form to indicate the firearm was being transferred to a legal entity. ATF stated that we were free to submit that suggestion again in the future, which is a comical response, because the reason they said they could not include it was that the form had already been drafted when the suggestion was made. It appears this ideal will turn into a Catch 22.

All in all, from my experience behind the gun shop counter, the revisions to the form (at least the part the transferee or purchaser will be responsible for completing) appear to make it a bit easier for individuals to follow and complete. While ATF could have done a better job listening to some of the suggestions which would have been helpful to licensees, it appears this version of the form is better than the last.

Did you find this blog helpful or informative? Be sure to share it with your friends by clicking the buttons below. Don’t forget to like Firearms Industry Consulting Group and Prince Law Offices, P.C. on Facebook by using the “Like” button to the right!