Late last year, I blogged that the Social Security Administration published a final rule relating to the NICS Improvement Act of 2007.

The final rule provided that:

An individual will have been “adjudicated as a mental defective” if during SSA’s claim development and adjudication process, or when SSA takes certain post-entitlement or post-eligibility actions, SSA will identify any individual who:

While the rule would not have affected anyone until December of this year, it will now no longer affect anyone.

On February 28, 2017, President Trump quietly signed a bill that was passed in both chambers of Congress which reversed the implementation of this rule. As a result, the Social Security Administration’s regulation is now no longer a threat to about 75,000 Americans. 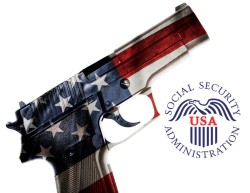 Of course, those who oppose individuals owning firearms, are attempting to sway public opinion by using a narrative that President Trump signed a bill which reversed Obama’s rule to ban gun purchases by the mentally ill. Given that many individuals did not know or understand what the rule actually did, it is not surprising this narrative is being utilized to delegitimize what is a good decision for Americans.

Did you find this blog helpful or informative? Be sure to share it with your friends by clicking the buttons below. Don’t forget to like Firearms Industry Consulting Group and Prince Law Offices, P.C. on Facebook by using the “Like” button to the right

If you are an NRA Life, Endowment, Patron or Benefactor member or an annual member of the past 5 consecutive years I ask that you please consider me in the election for the Board of Directors. Ballots arrived in the February issue of the NRA magazine to which you are subscribed. For more information, please visit www.adamkraut.com. 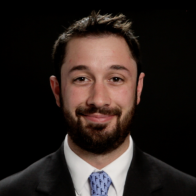