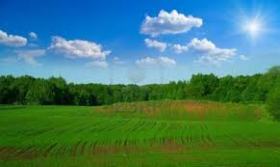 Late last week, the Pennsylvania Senate presented Governor Corbett with Senate Bill 648 which will amend Title 34, Section 924 of the Pennsylvania Game and Wildlife Code to protect landowners who grant permission to individuals who are hunting and trapping on their property.

As presently written, Section 924 reads, “A person who causes an unlawful act to be done by another person which, if directly performed by the person causing the unlawful act would be in violation of this title, is punishable as a principal.”   In other words, a landowner who permits an individual to hunt or trap their land could also be charged with a violation of the Game and Wildlife Code as if the landowner committed the violation, regardless of whether the landowner had anything to do with the violation or, for that matter, even knew of the violation.   This type of inferred liability has caused more than one landowner to shutdown hunting and trapping opportunities in our Commonwealth.

However, Senate Bill 648 – if signed into law by the Governor – would amend this Section 924 to exclude landowners from such liability, with one caveat.   The language reads:

“A landowner who allows or grants permission to a person to take game or wildlife on the landowner’s property shall not be liable under this section for an unlawful act committed by that person, unless the landowner willfully aids, abets, assists, attempts or conspires in the commission of the unlawful act.” (emphasis added).

The amended language provides landowners with the long overdue protection against Game and Wildlife Code violations by hunters and trappers except where the landowner willfully takes part in the violation in some manner.   If signed into law, this exclusion of liability for landowners will take effect immediately – just in time for the best part of archery season and well ahead of regular deer season.